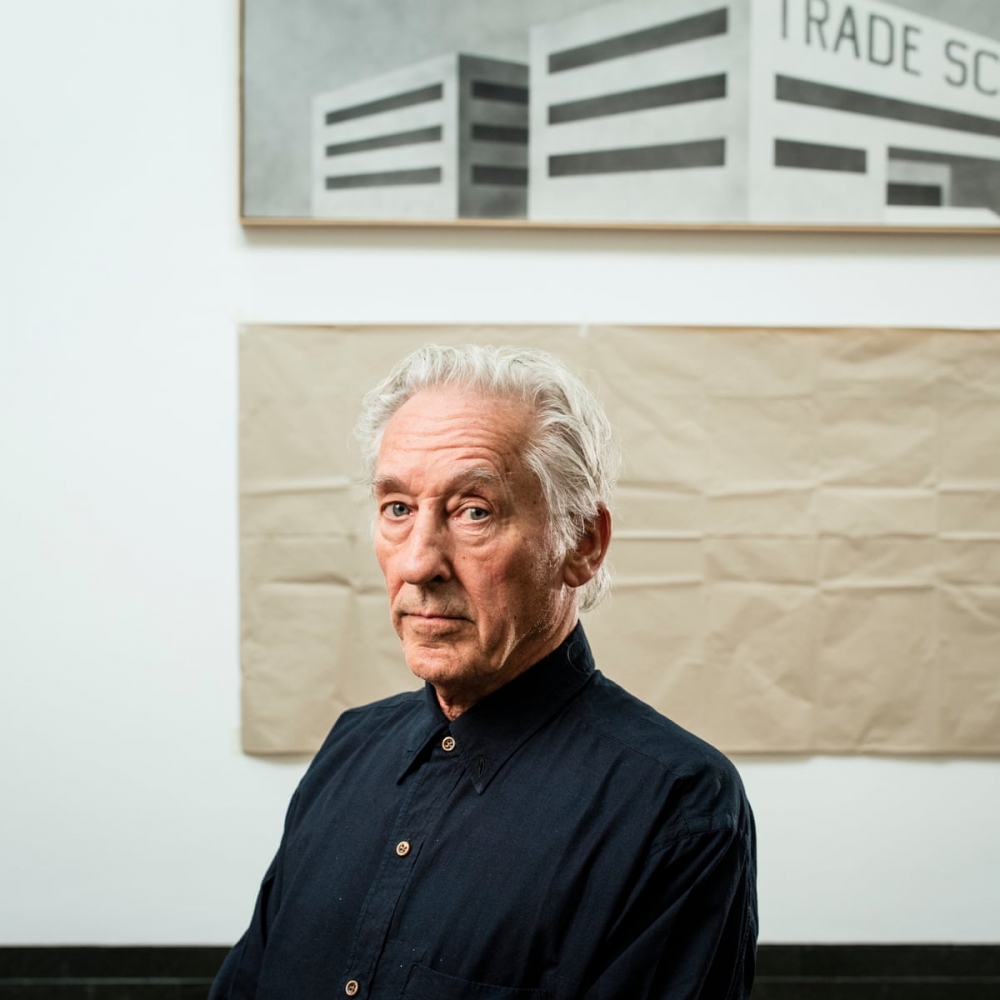 Ed Ruscha during the installation for his exhibition, Course of Empire, at London’s National Gallery. Photo by David Levene/The Guardian. Artwork © Ed Ruscha

Ed Ruscha was born on December 16, 1937 in Omaha, Nebraska. Ruscha moved to Los Angeles in 1956 to attend classes at the Chouinard Art Institute, now known as CalArts, where he studied under Robert Irwin.

Ruscha began his career as a graphic artist, taking a job at an advertising agency shortly after graduation. This early exposure to the world of advertising came to influence Ruscha’s pop art sensibility and interest in typography. Over the years, Ruscha’s oeuvre has encompassed drawing, painting, photography, and artist books. Despite their unique inspirations, each aspect of his work is marked through his glib, deadpan sense of humor; his interest in the quotidian; and his deep love for Los Angeles and the West Coast. He is best known for his use of language, creating paintings and drawings of single words or phrases in oil paint as well as such unconventional materials as gunpowder, blood, and Pepto Bismol.

In 1962, Ruscha's work was included in the historically important and groundbreaking “New Painting of Common Objects” at the Pasadena Art Museum, which is considered one of the first Pop Art exhibitions in America. Ruscha received his first solo exhibition in 1963 at the Ferus Gallery in Los Angeles. In 1970, Ruscha represented the United States at the Venice Biennale as part of a survey of American printmaking.

Ruscha has been the subject of numerous museum retrospectives that have traveled internationally, including those organized by the San Francisco Museum of Modern Art (1982); the Hirshhorn Museum and Sculpture Garden, Washington D.C (2000); and the Museum of Contemporary Art, Sydney (2004). Also in 2004, The Whitney Museum of American Art organized two simultaneous exhibitions: "Cotton Puffs, Q-tips®, Smoke and Mirrors: The Drawings of Ed Ruscha," which traveled to the Museum of Contemporary Art, Los Angeles and the National Gallery of Art, Washington, D.C.; and "Ed Ruscha, a Photographer," which opened at the Jeu de Paume in Paris in 2006.

Ruscha’s work can be found in the permanent collections of the Los Angeles County Museum of Art; the Whitney Museum of American Art, New York; the Hirshhorn Museum and Sculpture Garden, Washington D.C.; and the Art Institute of Chicago, among others.

“All my artistic response comes from American things, and I guess I've always had a weakness for heroic imagery.” 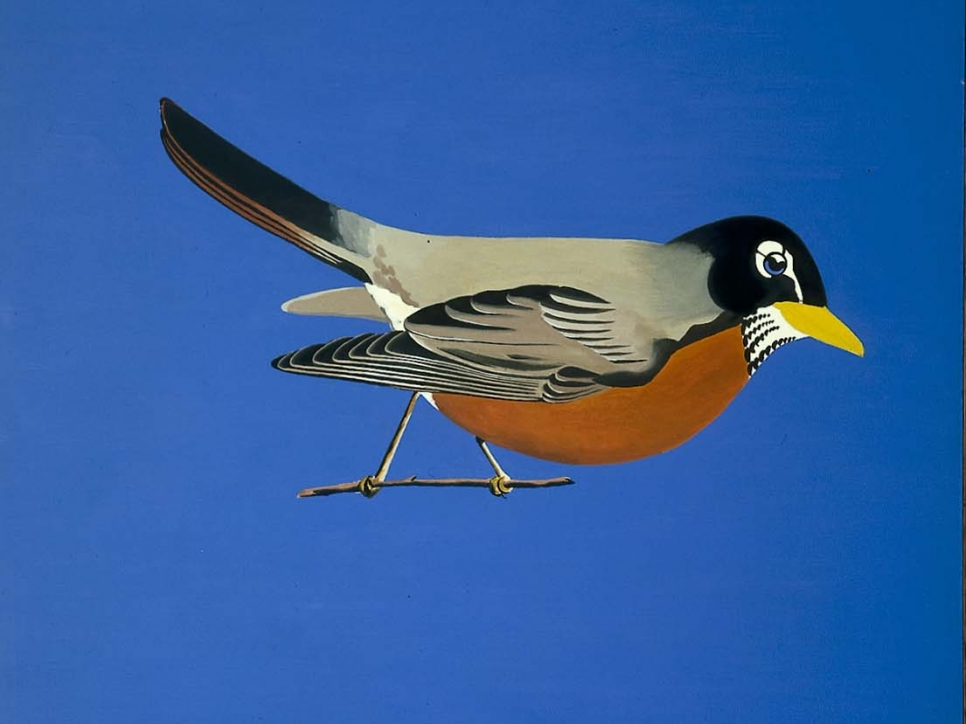 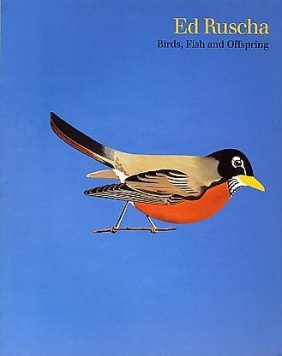