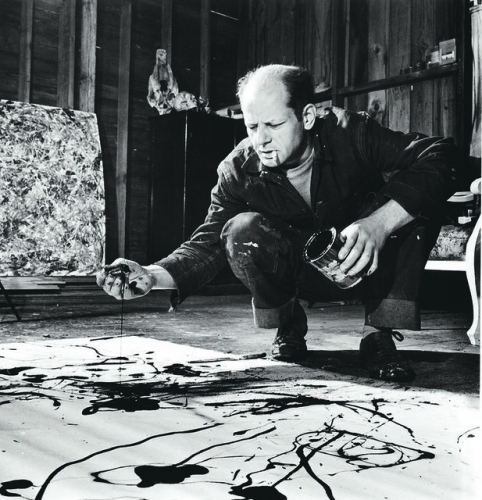 Jackson Pollock, often considered one of America's greatest modern painters and a leader of Abstract Expressionism, was born on January 28, 1912, in Cody, Wyoming. He grew up in Arizona and California and studied art at the Manual Arts High School in Los Angeles, eventually studying with the painter Thomas Hart Benton at the Art Students League in New York.

Pollock admired the Mexican muralists of the 1930s, such as Diego Rivera and David Siqueiros. These artists had a great influence on his work, particularly with regards to scale and social theme. Like many artists of the day, he found work through the Works Progress Administration Federal Art Projects from 1935 to 1942. Pollock had his first show at Peggy Guggenheim's gallery, The Art of This Century, in 1943, propelling him to the front of the burgeoning Abstract Expressionist scene.

Pollock, who suffered from alcoholism and depression, underwent psychoanalysis for several years. His treatment fostered an interest in Carl Jung's theories of trans-historical archetypes, which formed the basis of the artist's works, particularly from 1942 to 1947.

From 1947-1950, Pollock entered into his “drip period,” his most famous. Placing the canvas on the floor, he used brushes, but only as instruments to drip household paints onto the canvas. The technique was often referred to as “action painting,” as he used the force of his whole body to apply the paint to the canvas, appearing almost to be dancing as he worked. The technique also allowed Pollock to easily view the canvas from all angles, adding new dimensions to his work. Through this process, Pollock opened up an entirely new avenue in the history of painting. In 1949, Life Magazine, placing Pollock’s image in a massive spread, asked "Is This the Greatest American Painter?" catapulting Pollock and the Abstract Expressionist movement to the forefront.

Jackson Pollock died August 11, 1956 as the result of a car crash near his home in Springs, New York.

“It doesn't make much difference how the paint is put on as long as something has been said. Technique is just a means of arriving at a statement.” 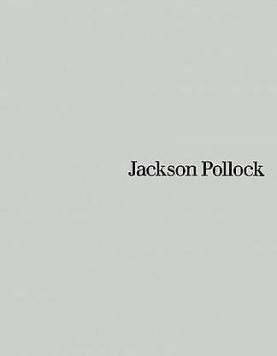