L&M Arts is proud to present an exhibition of paintings by the contemporary British artist Richard Wathen. This is Richard Wathen's second American show, following "The Valley is Broken" at Salon 94 in 2005. L&M Arts is thrilled to represent this exciting young artist in the United States and to work with his London representative, the Max Wigram Gallery. The show at L&M Arts features six new works, complemented by three earlier works. It will be accompanied by a fully illustrated catalogue, including an essay on the artist and his work.

Richard Wathen's subjects are often posed in eerie isolation against mono-chromatic voids, but this seeming singularity of focus belies the complexity of the images. His paintings are initially familiar, and the direct gaze of his subjects offer the thrill of intimate connection. However, this seduction is quickly subverted by disquieting details and the illusion of recognition gives way to a layering of unexpected meanings and unanswered questions.

All the ages of Wathen's subjects collapse in his portraits, so that childishly clear eyes are contradicted by spinsterish white hair and pre-pubescents walk on thin, elderly legs. In contrast, the rabbits with which the subjects often pose, whether spirit animals, familiars, or pets, exist in the eternal present. The human figure is sometimes mannequin-like, lacking the spark of consciousness; this spark is instead located in the eyes of the animals – an otherworldly intelligence, watchful and apprehensive, alien but unmistakable.

Wathen's group portraits are no less unsettling. Are these people bound together by family or by circumstance? If they are family, what accounts for the distances, both physical and emotional, between them? If the group is not family, then what is the hidden narrative, which seems so teasingly familiar, that has brought them together?

The precedents of classical portraiture are unmistakable here, but these initially recognizable paintings are in fact elusive, slipping through time and meaning. There is an unmistakable pleasure and a sense of wonder offered, and these frissons are created by the delirious gap between the information given by the image and the viewer's ability to capture it.

L&M Arts is located at 45 East 78th Street, between Park and Madison Avenues. Gallery hours are Tuesday-Saturday, 10:00-5:30. For further information, please contact Leila Saadai, at the gallery via phone at 212-861-0020 or via email at lsaadai@lmgallery.com 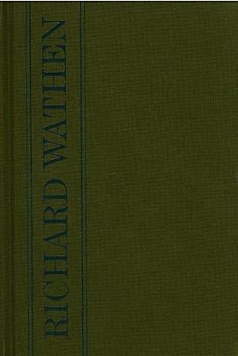