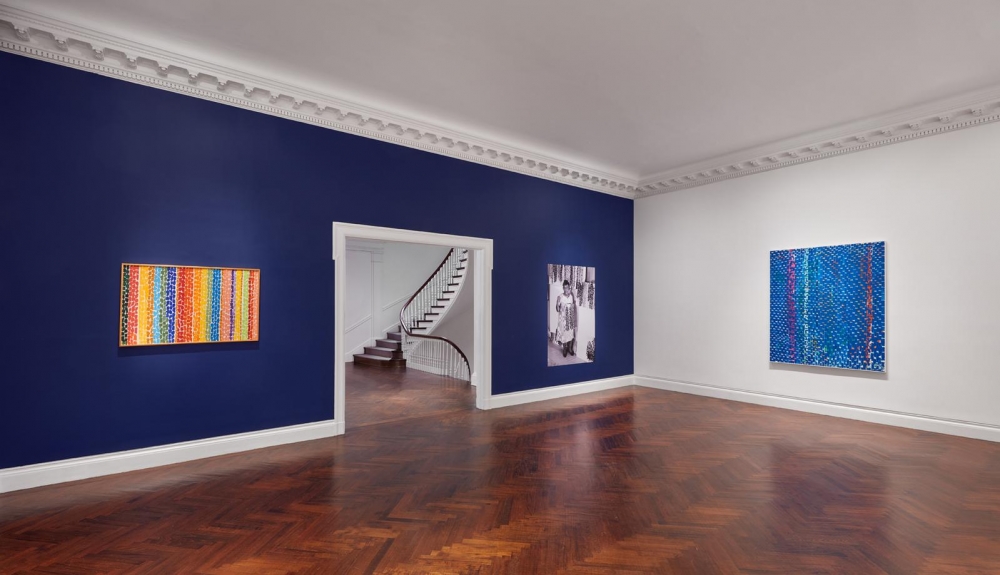 Considering that Thomas (1891–1978) didn’t seriously start painting until she was 69, she had an astonishingly late-blooming career. Se took up the brush after retiring from a lifetime of teaching art in High School in Washington D.C., and in a relatively short period of time, became a key figure in the Washington Color School, arguably the only serious postwar group of artists to come out of the Nation’s Capital. The movement was dominated by white men, making Thomas’s prominence all the more remarkable. As the name suggests, color played a key role in the School’s style, which comprised a kind of lyrical variant of Abstract Expressionism that abjured existential fireworks for calmer compositions contained by painterly geometries. Thomas canvases offer an ebullient exhibit A, with short strokes woven into chromatic mosaics of bands, concentric circles and other all-over patterns. This survey of paintings and works on paper made between 1959 and 1976 represents her first exhibition on the Upper East Side in more than 40 years.

Time Out New York
Back To Top