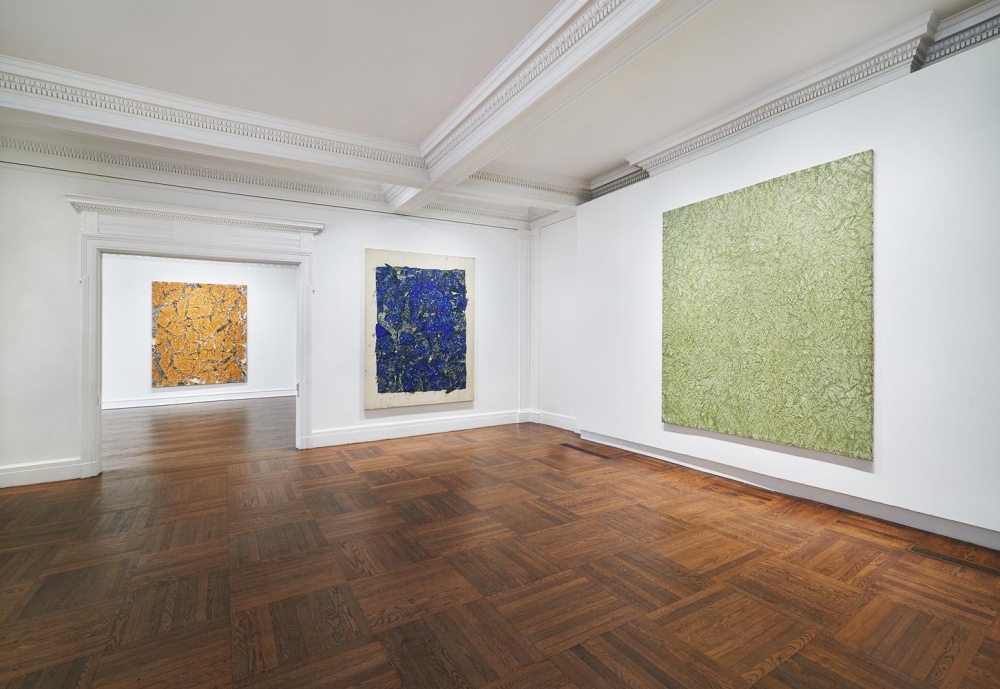 “Pliage: The First Decade," is a stunning show of large-scale abstract paintings of the 1960s by the late Hungarian-born French artist Simon Hantaï. The artist had a major influence on the Support/Surfaces group of the French avant-garde. Inspired by Jackson Pollock, Hantaï had an early ambition to reinvent painting. He developed a number of novel techniques, many of which are evident in the resplendent works currently on view.

Hantaï experimented with “pliage" or a folding method, in which he knotted and crumbled the unstretched canvases on the floor before painting. Afterward, the unfurled and stretched canvas revealed elaborate and chance patterns of fragmented shapes in vivid colors, suggesting light and movement.

Among the five series of works represented in this show, “Panses" are centralized compositions with richly textured surfaces. Some of them, such as M.M. 2 (1964), recall multifaceted gems. In the more familiar monochrome “Études," white forms of unpainted negative space recall leaf shapes. Most striking of all are works from the “Mariales" series, including Mariale M.C. 7 (1962), in which the dense and intense textures resemble those of geological formations or the surface crazing of glazed ceramics.

ARTnet
Back To Top