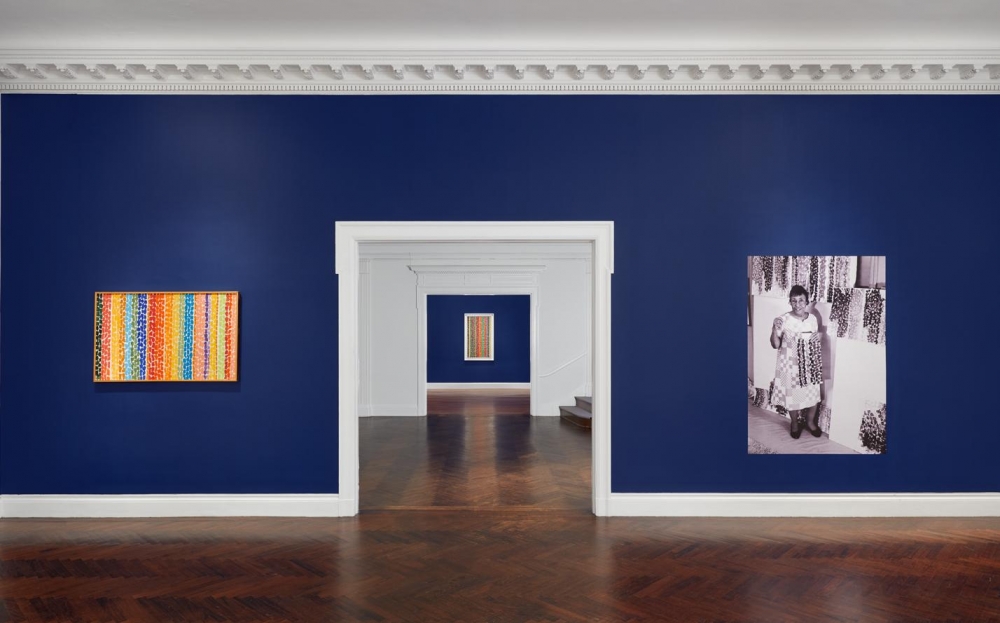 Alma Thomas, the restlessly inventive painter of vibrant abstractions, will be the subject of a major survey at the blue-chip Mnuchin Gallery in New York. Titled “Alma Thomas: Resurrection” and curated by Sukanya Rajaratnam, a partner at the gallery, it will be among the largest solo presentations of Thomas’s work to date.

The show opens September 10 and runs through October 19, and will feature 35 paintings and works on paper by the artist, on loan from private collections and institutions such as George Washington University, the Hirshhorn Museum and Sculpture Garden, and Howard University in Washington, D.C., where she long lived and worked.

That opening falls right around Alma Thomas Day, which was instituted on September 8, 1972, by D.C. Mayor Walter Washington.

In an interview with ARTnews, Rajaratnam said that she started more deeply researching Thomas around the time of a 2016 retrospective of the artist at the Studio Museum in Harlem. “What piqued my interest in reading her life story and seeing her paintings was how powerfully her work spoke to the political dynamics of today,” Rajaratnam said. “The timing felt more and more urgent to the present situation that we inhabit.”

Thomas was born in Columbus, Georgia, in 1891, and her family moved to Washington, D.C. in 1907. The artist was the first person to receive a degree in fine arts from Howard , in 1924, and she went on to work as an art teacher in the city’s public schools for 35 years. At the age of 68, she retired from teaching to become a full-time painter.

In 1972, Thomas became the first African-American woman to have a solo exhibition at the Whitney Museum of American Art, which acquired her painting Mars Dust (1972) following the show. The Mnuchin show comes as the Chrysler Museum of Art in Norfolk, Virginia, readies a Thomas retrospective for the summer of 2021 that will travel to the Columbus Museum in Georgia in 2022.

Before her death in 1978, at the age of 86, Thomas exhibited at the Franz Bader Gallery, Howard, and the Corcoran Gallery of Art in Washington, D.C., the Martha Jackson Gallery in New York, and other venues. In 1998, she was the subject of a traveling retrospective that visited the Fort Wayne Museum of Art in Indiana, the Tampa Museum of Art in Florida, the New Jersey State Museum, the Anacostia Community Museum, Smithsonian Institution, and the Columbus Museum.

Mnuchin’s exhibition is named for a 1966 Thomas painting that was acquired by the White House in 2015 and displayed in the family dining room.

Rajaratnam noted that “situating her in art history is an interesting proposition,” pointing to the ways her work aligns with the Washington Color School, Abstract Expressionism, Minimalism, and other movements.

“She’s a very significant artist and I don’t know if she’s been celebrated as much as she should be, and that’s part of why we’re doing this,” she said. “A lot of people are still unsure about who Alma Thomas is or was, including a lot of our clients, and our platform offers a kind of reach that only few galleries have.”

© 2019 ARTNEWS MEDIA, LLC. ALL RIGHTS RESERVED. ARTNEWS® IS REGISTERED IN THE U.S. PATENT AND TRADEMARK OFFICE.