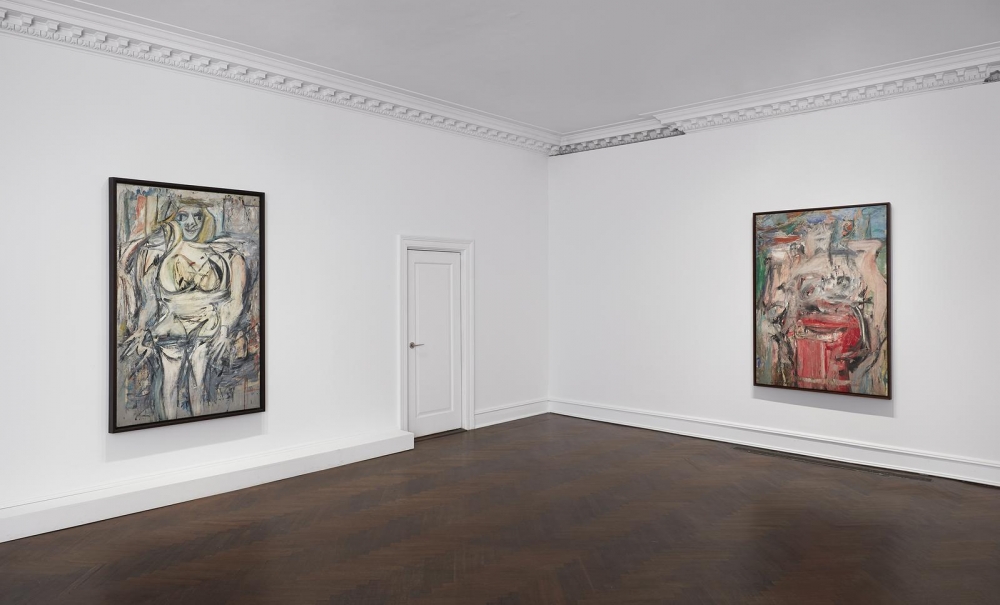 Sometimes you don’t realize how much you’ve missed certain artists until you’re face-to-face with their work again. That was my realization in visiting the Mnuchin Gallery’s masterpiece-filled Willem de Kooning survey the other day. It’s been seven long years since the remarkable de Kooning retrospective at the Museum of Modern Art in New York. It’s good to have him back for a bit.

The show’s catalogue just landed on my desk; it has a new essay by art historian Pepe Karmel, along with interviews and excerpts from historical pieces about the artist’s work. Those contents include a few nuggets from the ARTnews archives, like editor Thomas Hess’s 1953 piece “De Kooning Paints a Picture.” My favorite selection comes from the classic 1960 interview that de Kooning gave the BBC with critic David Sylvester (who—fun fact—is the namesake of Richard Serra’s large-scale Sylvester sculpture at the Glenstone Museum in Potomac, Maryland, which is one of the major lenders to the Mnuchin show).

Here’s the Dutch-American artist, talking about his “Woman” paintings:

"I wasn’t concerned to get a particular kind of feeling. I look at them now and they seem vociferous and ferocious. I think it had to do with the idea of the idol, the oracle, and above all the hilariousness of it. I do think that if I don’t look upon life that way, I won’t know how to keep on being around.