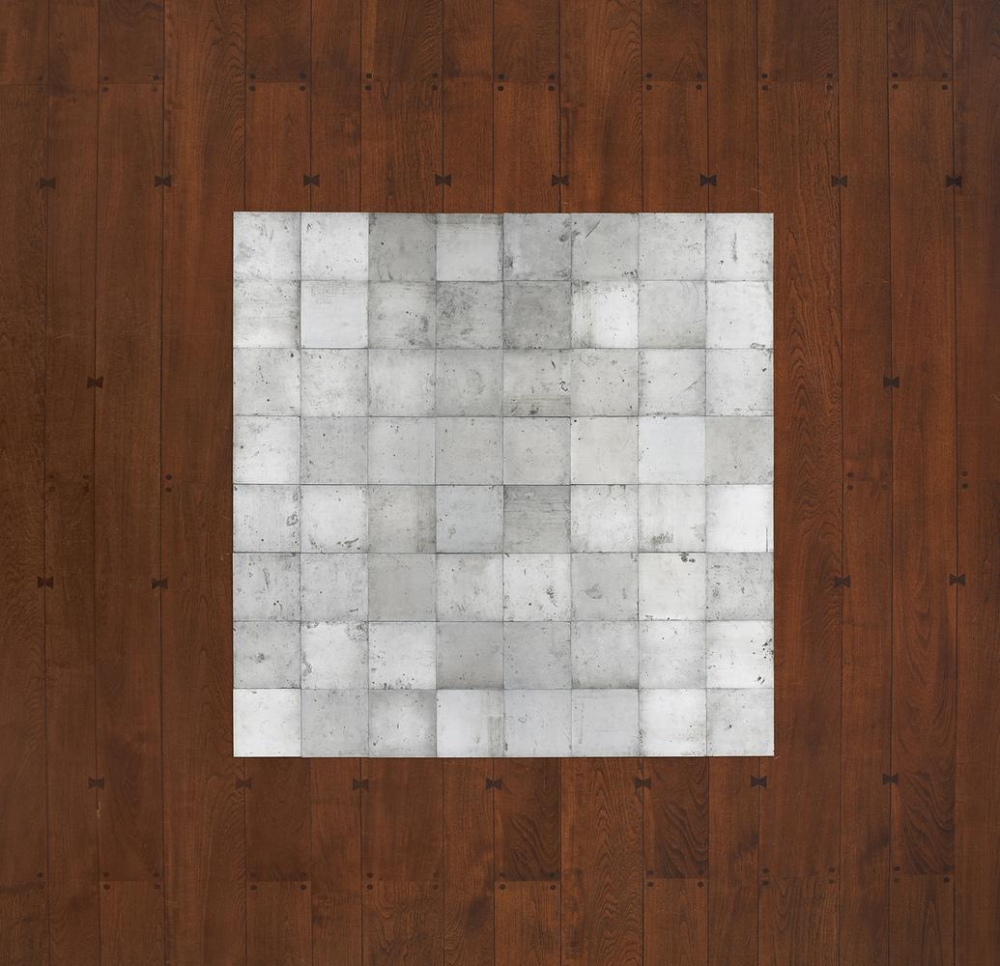 The exhibition titled “Minimalism & Beyond” is currently on view at Mnuchin Gallery, New York.

The selection of works on display explores the legacy of Minimalism from the second half of the 20th century till today. The exhibit contains Minimalist masterworks of the 1960s and paintings and sculptures from the decades that followed. Together they elaborate and at the same time disrupt Minimalism’s formal language to a variety of ends starting from the playful and personal to political and the subversive. The exhibition starts with the works of Carl Andre, Dan Flavin, and Donald Judd among others and continues with Postminimalist figures including Eva Hesse, Robert Morris, and Bruce Nauman. The show concludes with contemporary works featuring Carol Bove, Wade Guyton, and Rudolf Stingel. Artists who employ neutral aesthetic tropes of Minimalism thereby exploring politics of race, class, and technology. The 1980s saw artists using the idea of Minimalism about specificity and economy of form but suggested meaning rather than form. The 21st century witnessed using the genre to question societal structures and cultural tropes of our contemporary times.

Minimalism arose out of the inherent individualism in Abstract Expressionism. Early artists retained the abstract element while using geometric forms to highlight the characteristics of the medium. Blatant symbolisms were avoided by artists and the materiality of the works took precedence.

Blouin Artinfo
Back To Top