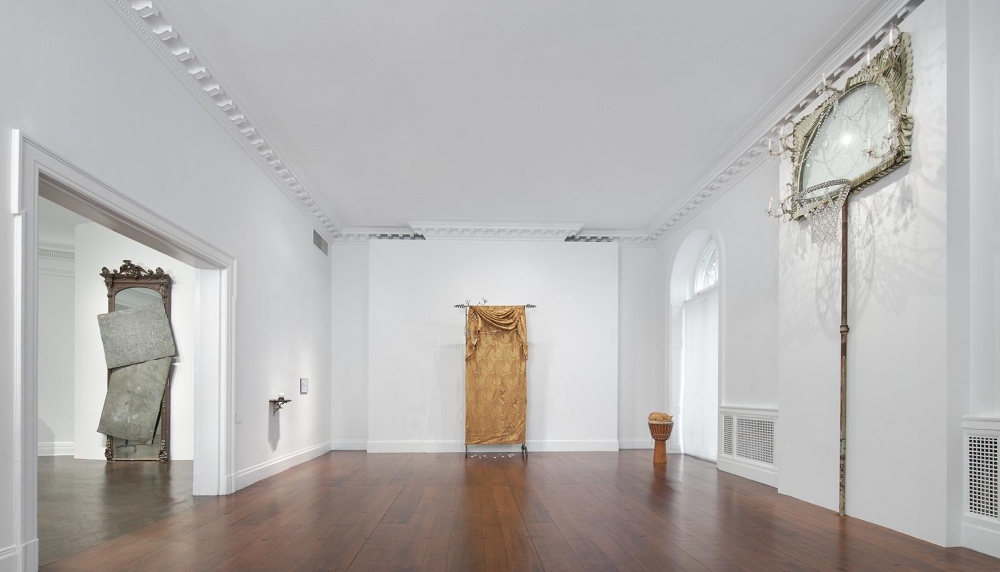 In an ongoing series, frieze asks a critic to select the best shows currently on view in their city. A new show will be posted each day this week.

Formerly L&M Arts, the Upper East Side Mnuchin Gallery staged several solo exhibitions with the notoriously illusive and selective David Hammons before deciding to present this relatively small yet powerful retrospective – the first of its kind since MoMA PS1 mounted ‘Rousing the Rubble’ in 1990.

The exhibition positions more recognizable works like In The Hood (1993), Smoke Screen (1990- 5) and Spade (Power for the Spade) (1969), alongside photographs from the artist’s personal collection, shown publicly here for the first time and set to a soundtrack of traditional Japanese court music. The poignant selections are installed in an eccentric manner that doesn’t aim to totalize or over-define Hammons, whose Untitled paintings and sculptures from the last three years are evidence that, almost half a century after the likes of Spade were realized, there is no sign of waning creativity.