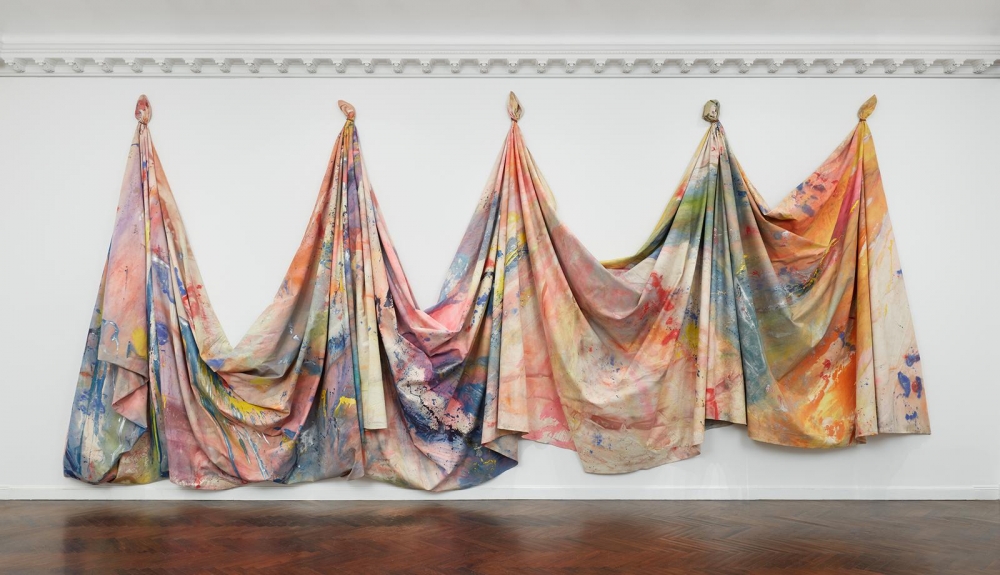 Over their long and productive careers, certain important artists are taken for granted. I think Sam Gilliam has been. He’s maintained visibility, but not close attention. His current solo at Mnuchin Gallery, “Sam Gilliam, 1967-1973,” should help. It’s sensational, and it positions his painting in the top ranks of late-20th-century abstraction.

Born in Mississippi in 1933, he started painting early and kept pushing and prodding the medium. A move to Washington in 1962 put him in touch with a group of artists — Tom Downing, Howard Mehring, Kenneth Noland — who were focusing on color over expressive gesture or compositional geometry. Mr. Gilliam shared their interest but moved it in a radical direction: He took the painted canvas off the stretcher and erased the picture-sculpture divide.

We see the experiment in action in the Mnuchin show, organized by Sukanya Rajaratnam, a partner in the gallery. Early in the period covered, the work seems to be all about color: a retinal soak in pink, jonquil and blue. Patterns, produced by spattered, sprayed and stained pigments that are layered to produce an illusion of spatial depth, begin to dominate. Then canvases leave the wall and become reliefs; they are bunched up into starbursts or are draped in riotous, regal swags.

It’s always exciting to be present at a moment of creation. This group of paintings, though dating from almost 50 years ago, lets you feel that you are. It also makes you eager to acquaint, or reacquaint, yourself with all the work that led up to it, and with everything Mr. Gilliam has done since and is doing now.

New York Times
Back To Top