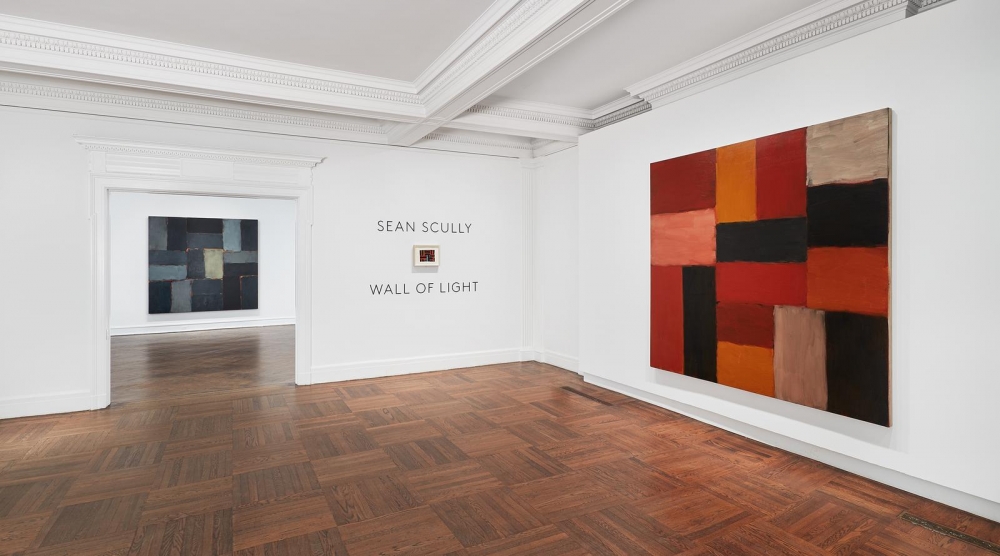 Sean Scully is that rara avis: the abstract painter who has flown to the heights of the vaulted empyrean of the contemporary art market. Just why may have less to do with form and more to do with the formulations of the marketplace, which favors steady output and the repetition of set compositions. Serial work removes the issue of uniqueness and its requisite connoisseurship, and therefore creates more reliable price points in the tracking of works of art as tradable commodities. Ergo: the market’s favor for Josef Albers, and for Sol LeWitt . . . and for Sean Scully.

Yet such commercial interest does not necessarily diminish the critical relevance of an artist or a particular body of work, and Sean Scully is, indeed, a fine painter. Born in Dublin in 1945, educated in England, Scully rejected the histrionics of British painting for the post-minimal abstraction of 1970s New York. Through Minimalist seriality combined with an expressionistic touch, Scully paints block-like compositions that recall the dry stone walls of the Aran Islands. Much like those mortarless walls of fieldstone, the details are in the edges, with glimmers of color and light often peeking around the stony forms.

Two exhibitions now on view allow a closer look at the melancholy beauty of these compositions at different scales. Through April 14, New York’s Mnuchin Gallery is showing several large paintings, along with smaller watercolors and pastels, from Scully’s “Wall of Light” series. Meanwhile, through May 28, the Edward Hopper House—the childhood home of the famous American painter in Nyack, New York, which now hosts contemporary programs in dialogue with its historic setting—is showing the more intimate work of Scully’s “Doric” series.

Whether inspired by the stones of Ireland, or of Mayan ruins, or of ancient Greece (as Scully has variously claimed), all of these paintings are opus quadratum laid by the same painterly hand. What change are the colors, and the moods, of the final compositions, which can shimmer in reflected light, as in Desire or Desired (2007), or obscure a light beyond, as in Night (2003).

What connects them all is the mystery of what they refuse to show: rather than the windows of traditional illusionistic art, these paintings are walls, built up and bricking over an unknown distance beyond. The blocks may be lush passages of wet-on-wet brushwork, but their surfaces conceal rather than reveal the compositions’ greater meaning. The exhibition at Mnuchin, elegantly curated by Sukanya Rajaratnam, even includes a selection of Scully’s own photographs of Aran walls, connecting his abstract paintings to one of their source forms.

At his studio in Tappan—a former television broadcast facility that is a stone’s throw from the Hopper House in Nyack—Scully keeps another source: a work on paper from the gray middle period of Philip Guston. Following the lush abstractions of the 1950s, the 1960s were a decade of fog for Guston. In the 1970s the fog lifted to reveal the didactic figuration of hobnailed boots and Klan hoods. The revelation proved to be a sensation. Still, I have long felt that Guston’s more interesting paintings were those middle, foggy ones, which maintained their mysteries.