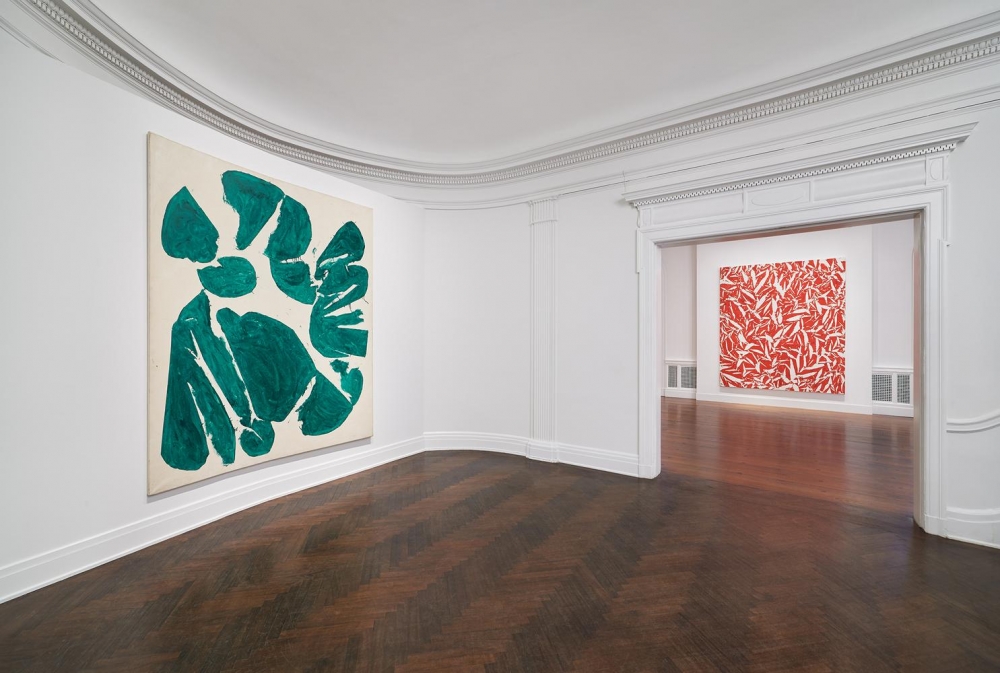 Ever since Mark Rosenthal left his job as head of 20th-century art at the National Gallery in Washington to become an independent curator, museums around the country have sought his talents. Now art galleries are trying to hire him, too — but not just for his scholarship.

“There was a big expectation,” Mr. Rosenthal said, “that I could deliver works for sale.”

Recently one gallery approached him to organize a show of a major artist he had worked with before. Mr. Rosenthal said he felt pressured to talk collectors into selling prized work so the gallery could broker the deal — something nonprofit museums do not do. Preferring to choose pieces for an exhibition purely by quality, he declined the gallery’s overture. “There’s a belief that museum curators or directors have more entree to certain collectors than the dealer does, because of past associations,” Mr. Rosenthal said.

What were hard and fast boundaries between commercial galleries and museums a decade ago no longer exist. Top galleries eager to woo blue-chip artists, collectors and a more diverse public are increasingly turning to big-name museum professionals to mount exhibitions of depth that would look at home at the Met or the Museum of Modern Art. But in some cases that scholarship may be in the service of business.

This spring the star billing of two retired alums from MoMA — John Elderfield, the former chief curator of painting and sculpture, and Peter Galassi, the former chief photography curator — helped draw huge crowds and critical attention to paired shows at Gagosian galleries in New York. Other well-regarded examples include the 2013 Ad Reinhardt show at David Zwirner in New York, organized by Robert Storr, dean of the Yale School of Art; the Guggenheim curator Germano Celant’s 2012 show on Lucio Fontana; and the art historian John Richardson’s series of Picasso exhibitions, also at Gagosian.

Dealers and art experts say a museum curator’s involvement has myriad benefits for a gallery, lending legitimacy to their shows. Collectors and institutions are more likely to loan valuable works if Mr. Elderfield or Mr. Storr is asking and explaining the seriousness of the project. And the resulting shows can help galleries deepen associations with artists in their roster, and attract artists or estates the gallery is interested in representing.

“I think galleries do it for prestige,” Mr. Elderfield said. “It burnishes their image.” He added, “Of course, when one gallery does it, another one wants to do it.”

For older professionals who want to stay in the game, or younger curators struggling to place their exhibitions onto crowded museum schedules, galleries offer expanded opportunities to execute shows of a different scale on a faster timetable and with freer budgets and less red tape.

When Larry Gagosian first approached Mr. Elderfield in 2012 about organizing exhibitions for his gallery, Mr. Elderfield proposed a show about artists using their own studios as a subject of their art — something he had wanted to do at MoMA — and was given carte blanche by Mr. Gagosian.

Mr. Elderfield spent the next two years negotiating loans of 51 works from across four centuries, drawn predominantly from museums and foundations, and brought in Mr. Galassi to organize a photography counterpart for the “In the Studio” show.

“This was just a liberation,” said Mr. Elderfield, who has also organized two shows of Helen Frankenthaler and one of Willem de Kooning at Gagosian.

Such costly shows, with their lavish catalogs and huge insurance expenses, may turn out to be good financial bets. Commercial galleries are in the business of selling art, of course. And after Mr. Elderfield made his loan requests to museums, foundations, estates, artists, galleries and private collectors, “there were three instances where the owners said if there was any interest, they would sell the work,” he said. The gallery then sent consignment agreements to the private owners.

Neither Mr. Elderfield nor Mr. Galassi was involved in these conversations. (The gallery declined to confirm which works — or how many in the two shows — were for sale.) But with paintings by de Kooning, Jasper Johns, Roy Lichtenstein and Richard Diebenkorn among those contributed by private parties, even several works for sale could bring many millions of dollars.

Mr. Galassi pointed out that “any loan to a museum exhibition” from a private collection is potentially for sale. But museums wouldn’t broker that transaction, as Gagosian would have.

Offering museum-quality shows can often help galleries cultivate deeper relationships with artists or court an estate the gallery hopes to represent. “It’s a muscle thing — it can show off the strength of a gallery,” said Andrea Glimcher, a former director of Pace Gallery who recently founded Hyphen, which advises artists and institutions. (Ms. Glimcher noted that Pace has always preferred to use in-house curators, including Bernice Rose, who was hired away from MoMA in the early 1990s.) “Even if work isn’t available for sale, when a great exhibition takes place, it certainly helps reinforce the friendship between the dealer and the artist or artist’s family,” she said. “It may be a big bet, but it’s seen as an essential investment.”

When the daughter of Ad Reinhardt first met with David Zwirner in 2012 about representing her father’s estate, the gallery immediately proposed an exhibition celebrating his centennial anniversary the following year and hired Mr. Storr, an authority on Reinhardt, according to the gallery’s senior partner Kristine Bell. “She was quite shocked that we were able to dedicate the amount of resources we did,” Ms. Bell said, while noting that nothing in the final exhibition was for sale.

But, Ms. Bell added, “creating a dialogue at the time of the exhibition and finding out where paintings are can lead to many future business opportunities.”

As evidence, the Reinhardt Foundation, which had been handled by Pace, is now exclusively represented by Zwirner.

The Simon Hantaï exhibition on view at Mnuchin Gallery in New York through Friday has also paid off handsomely for the gallery. The co-curator is Alfred Pacquement, who retired as director of the Pompidou Center in Paris in 2013 shortly after organizing a large retrospective of Mr. Hantaï, a Hungarian-born artist. “Hantaï’s one of the most important abstract painters in postwar Europe, and I want to help make his work better known in the States,” said Mr. Pacquement, who has worked with the artist’s family since his death in 2008. He added, “I gave the gallery my contacts so they could do the best possible show.”

The exhibition includes 14 canvases from the 1960s (when Mr. Hantaï developed his signature “pliage” method of painting folded canvases on the floor), drawn from private collections and the artist’s estate. Of the four paintings on consignment, two have sold for over $1 million. (One was bought by a private donor as a gift to the Metropolitan, the museum’s first Hantaï painting.)

“Having Alfred involved has lent real credibility to the project and gives our American clients, who may think of Hantaï as a relatively new artist, a sense of confidence and security,” said Sukanya Rajaratnam, a partner in the gallery.

The beneficiaries of these mini-museum shows include the public as well, who can enjoy them at no charge. The morning after the opening of “Joseph Beuys Multiples” this spring at Mitchell-Innes & Nash in Chelsea, a huge school group from SUNY Purchase College was waiting in the rain to get in, according to the dealer Lucy Mitchell-Innes. The exhibition of over 500 works by Beuys had been organized by Eugen Blume, director of the Hamburger Bahnhof museum in Berlin. “This was a very complicated exhibition to install, and Dr. Blume was able to make associations cohere between the many different objects,” Ms. Mitchell-Innes said.

Prominent museum professionals have also moved to the commercial side full-time and wear the dual hats of dealer and curator. Among them are Paul Schimmel, the longtime chief curator at the Museum of Contemporary Art in Los Angeles, who partnered with Hauser & Wirth two years ago to develop Hauser Wirth & Schimmel, a hybrid, museum-like gallery in a sprawling former flour mill in downtown Los Angeles, which will open early next year. He plans to engage “a higher percentage” of younger curators and directors from museums, he said.

“Museum shows of a more focused nature don’t make it to the schedule as frequently as staff would like,” Mr. Schimmel added. “That is something I think galleries can offer them.”

Even Mr. Rosenthal said he would not rule out working for a gallery as long as it was hiring him solely for his curatorial expertise.

“Anyone in these arrangements has to make the call,” said Tom Eccles, executive director of the Center for Curatorial Studies at Bard College in New York. “Often the interests of a curator are somewhat unaligned with the necessities of a gallery.”