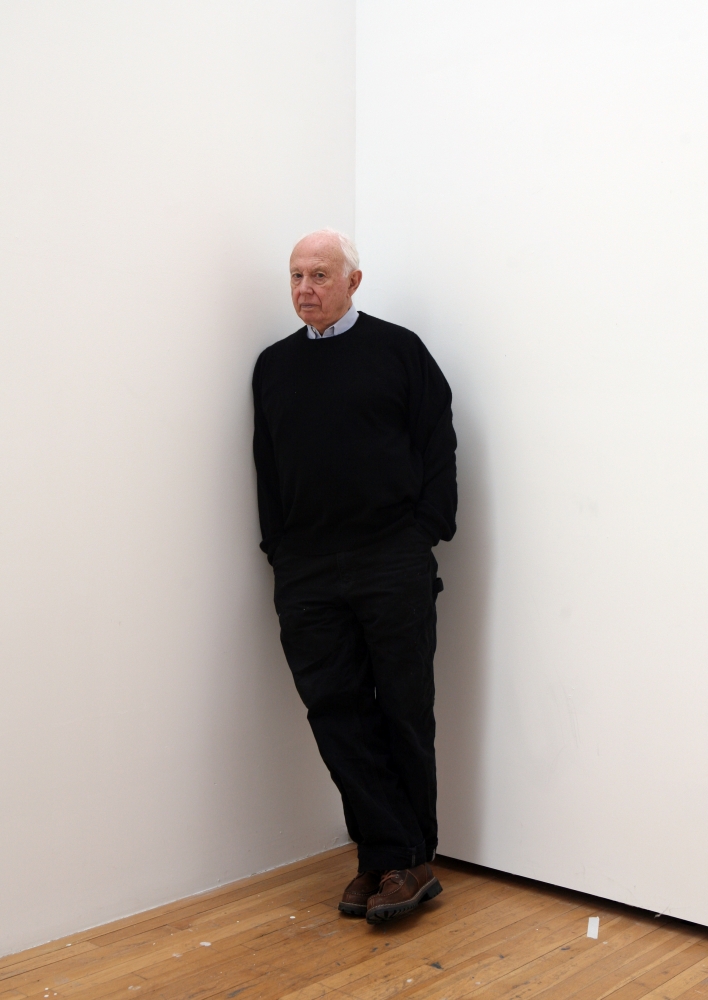 Ellsworth Kelly was born on May 31, 1923 in Newburgh, New York. Kelly attended the Pratt Institute from 1941-1942, an education interrupted by his induction into the Army on New Year’s Day of 1943. After his discharge, the G.I. Bill provided the financial support Kelly needed to study at the School of the Museum of Fine Arts in Boston from 1946-1947. This funding also allowed him the opportunity to attend classes at the École Nationale Superieure des Beaux-Arts, Paris. These two unique experiences exposed Kelly to cities rich with culture and artistic resources. His exercises in observation and drawing at the museums in Paris allowed him to establish his aesthetic and earn his first solo show at Galerie Arnaud in 1951.

Kelly remained abroad until 1954, when he returned to New York as a result of a review he read of an Ad Reinhardt show, to which he felt his work and his aesthetic very much related. His first show was in 1956 at Betty Parsons’ gallery, where it was received with comments about its European ‘flair’. 1957 proved to be a key moment in Kelly’s career: along with a second show at Betty Parsons, he was given his first public commission for Philadelphia’s Penn Center and was included in the Whitney’s “Young America 1957” show. One of thirty invited artists, Kelly stood out for his use of more than one panel or canvas for one piece. This trend of manipulating raw materials can be seen throughout his oeuvre, especially in his iconic shaped canvases. In 1959, Kelly was included in the historical “Sixteen Americans” show at New York’s Museum of Modern Art, officially recognizing him as a member of the new generation of artists which included Jasper Johns, Robert Rauschenberg, Louise Nevelson and Frank Stella.

Aesthetically, Ellsworth Kelly redefined abstraction in art. His introduction to bird watching at an early age guided his aesthetic vocabulary, a vocabulary focused on shapes and color and the essential form of natural objects. His influences range from the Romanesque and Byzantine art of France to Mondrian, Surrealism and Neo-Plasticism, informing a body of work that simultaneously tests the abstraction of geometry and observes the natural world. While predominantly known for his paintings, Kelly also worked as a sculptor. Though his focus on form and relationships is more obvious in his three-dimensional work (mostly made up of freestanding folded sculptures and totem-like large-scale outdoor sculpture), the relationships of space and the inextricability of form and color is essential to his painting as well.

Kelly’s work is included in many public collections, including the Centre Pompidou, Paris; the Museo Nacional Centro de Arte Reina Sofia, Madrid; and the Tate Modern, London. He has been the subject of major exhibitions at the Museum of Modern Art, New York; the Whitney Museum of American Art, New York; and the Solomon R. Guggenheim Museum, New York.

Ellsworth Kelly passed away on December 27, 2015 in Spencertown, New York. 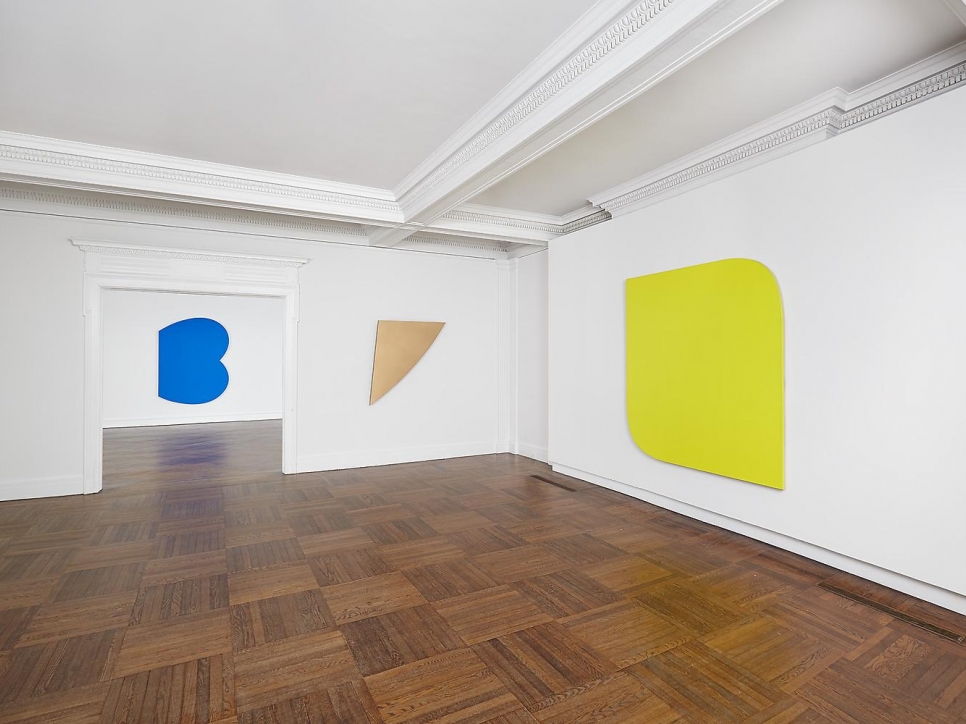 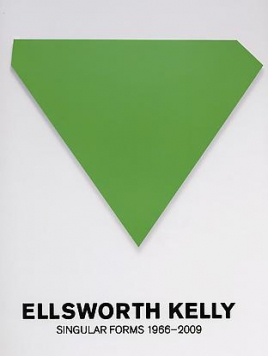