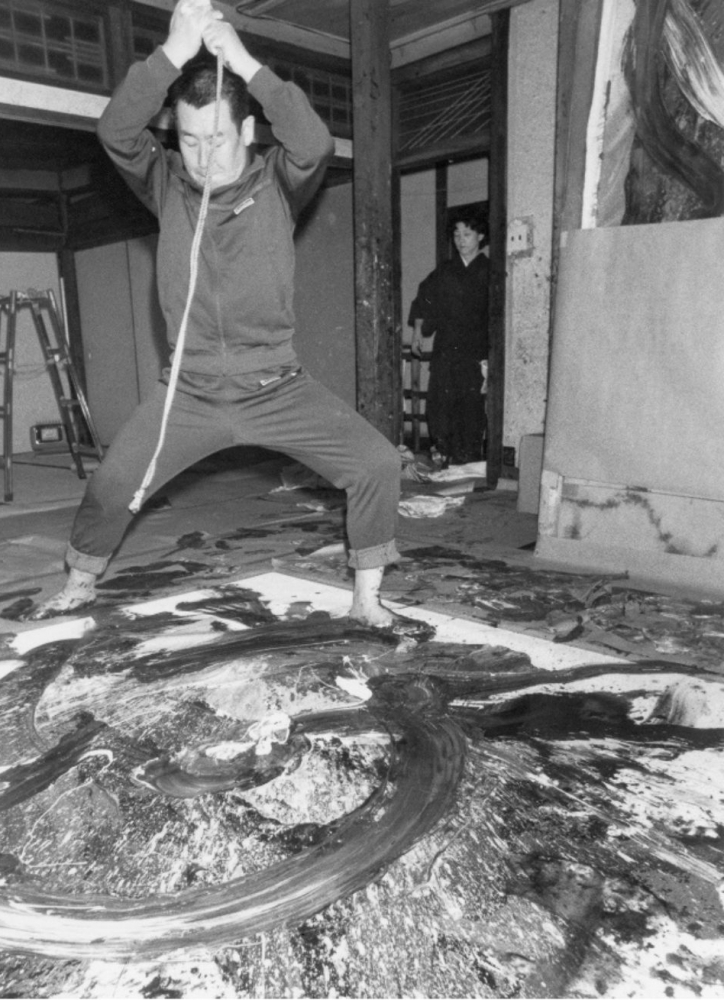 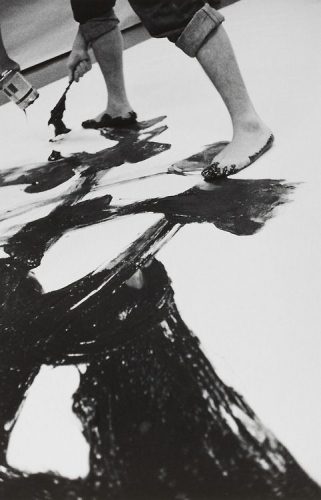 白髪 一雄, Shiraga Kazuo, known professionally as Kazuo Shiraga, was born on August 12, 1924 in Amagasaki, Japan. Best known for his involvement with the Gutai group and his innovative technique of painting with his feet, Shiraga graduated from the Kyoto Municipal Special School of Painting in 1948.

Shiraga joined the Gutai group in 1954, the year it was founded by fellow artists Shozo Shimamoto and Jiro Yoshihara. The first radical, avant-garde artistic group in Japan, the name Gutai is translated into English as “embodiment” or “concrete,” highlighting the group’s key tenant of pushing the boundaries of abstraction through experimentation with materials and techniques. The group was first introduced to American audiences in a show organized at the Martha Jackson Gallery in New York in 1958, of which Shiraga was included.

Shiraga first embarked upon his experiments with foot painting in 1954, on a quest to articulate a radical individualism as a rejection of Japan’s wartime militarism. Throwing away his brushes and rejecting his hands as too trained, Shiraga began painting with his feet, which enabled a fresh and direct mode of expression. Starting with paper or canvas laid out on the floor, the artist would deposit copious amounts of oil paint on the surface, and paint with the movements of his bare feet, sometimes hanging from the ceiling by a rope. Shiraga went on to employ this method of painting for the rest of his career, declaring, “I have never doubted that ‘action painting’ is my expression, never stopped it. I will single-mindedly continue to paint my painting with a sincere desire that the pleasure of making a painting will be communicated to those who see it.”  While the palette and mood of these works evolved over time, they are united by a vigorous energy and a facture so dramatically rich and textured as to be almost sculptural.

Shiraga is known not only for his innovations in action painting but also for his groundbreaking performances, such as “Challenging Mud” (1955), which predated Allan Kaprow’s Happenings in the United States and Europe. Shiraga’s work featured prominently in the Museum of Modern Art’s 2012-2013 exhibitions, “Tokyo 1955 – 1970: A New Avant-Garde” and in the Guggenheim’s 2013 exhibition, “Gutai: Splendid Playground”, co-curated by Dr. Tiampo.

“I want to paint as though rushing around a battlefield, exerting myself to collapse from exhaustion. My inner feeling became so urgent that immediately I had to crash into my canvas.” 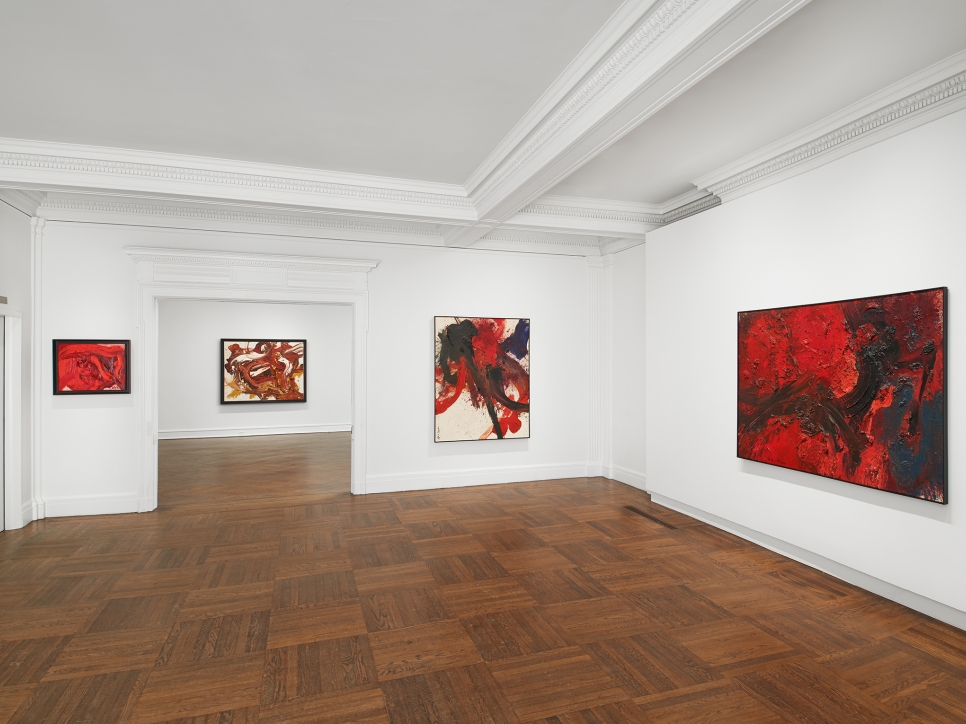 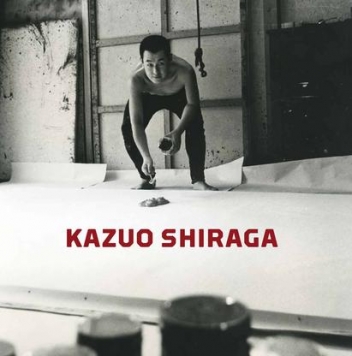