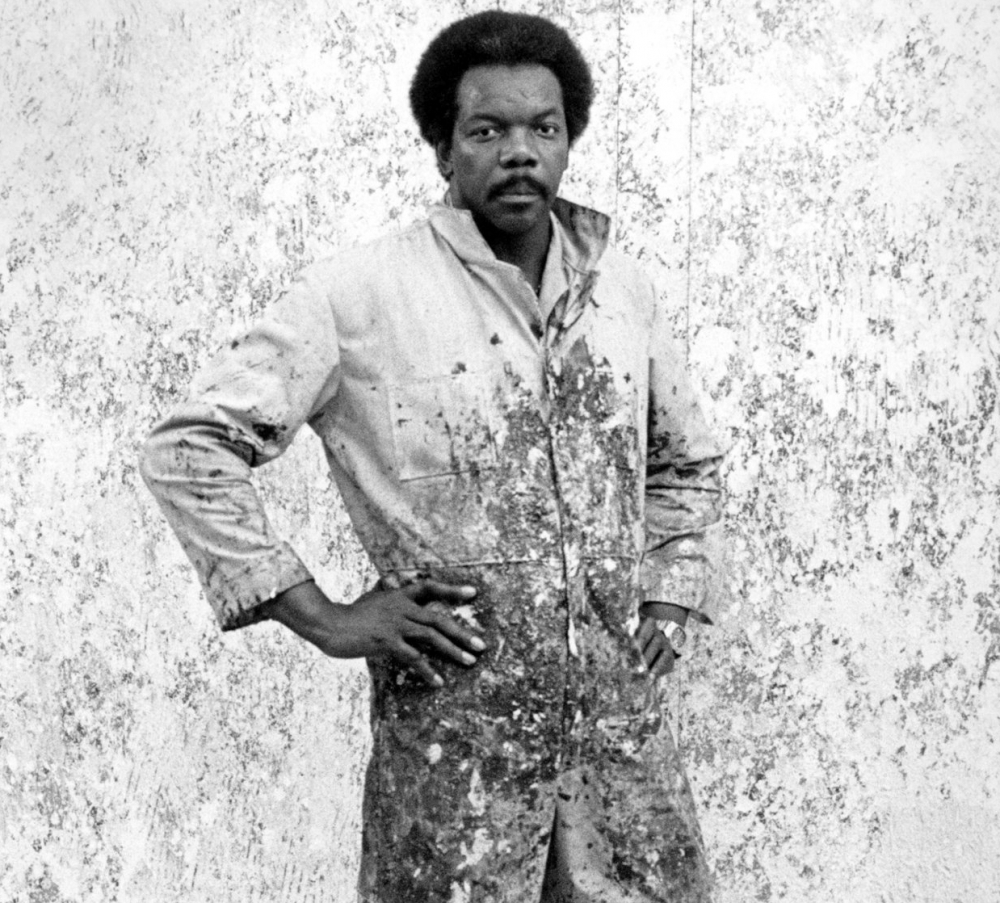 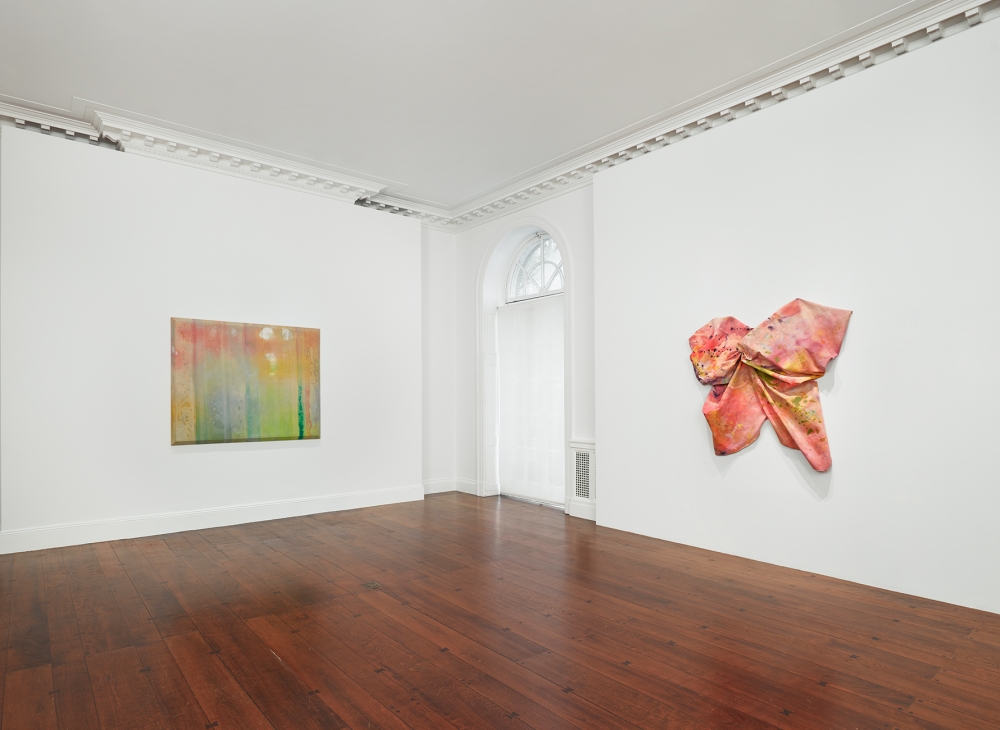 Gilliam established himself at the forefront of American abstraction while working in Washington, D.C. in the 1960s, when his experiments with paint application and his radical transformation of the canvas support profoundly expanded the possibilities for the future of abstract painting. Working alongside Color Field painters such as Kenneth Noland and Thomas Downing, Gilliam elaborated upon Color Field processes and aesthetics while subverting Greenbergian notions of the “integrity of the picture plane,” and disrupting the boundaries between the visual world of painting and the tangible world outside it. At a time during the Civil Rights movement, when African American artists were expected by many to create figurative work explicitly addressing racial subject matter, Gilliam persisted in pursuing the development of a new formal language that celebrated the cultivation and expression of the individual voice and the power of non-objective art to transcend cultural and political boundaries. 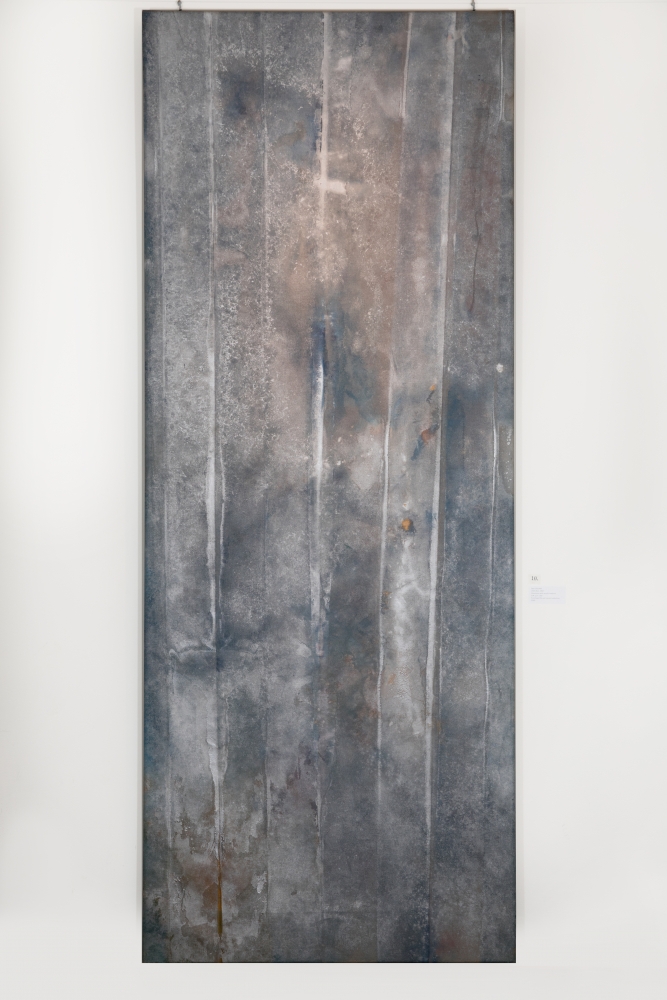 The late 1960s proved a fertile period for innovation, with Gilliam transforming the canvas support through two critical interventions. In 1967 Gilliam created his first “Beveled-Edge”, or “Slice”, paintings: canvases with luminous colors on custom-made stretchers with a beveled edge which project toward the viewer, removing the painting from the wall. Shortly afterward, in 1968, a fortuitous accident in his studio led Gilliam to completely abandon traditional stretchers in his “Drape” series, radically subverting distinctions between painting and sculpture by suspending his bunched and folded canvases from the wall or ceiling. Gilliam’s capacity to think beyond conventions of two-dimensionality and embrace a large scale precipitated the immersive installation art of the following decades. In addition, they shared links to process art and postminimalism of the 1960s and ‘70s in their exploration of the intrinsic properties of their materials and those materials’ response to different processes and conditions. Says the artist, “The suspended paintings began by celebrating the working process and ended with the involvement of the wall, the floor, and the ceiling. The year 1968 was one of revelation and determination—something was in the air, and it was in that spirit that I did the drape paintings.”

Gilliam was prominently featured at the Central Pavilion of the 57th Venice Biennale in 2017, where he was also featured in 1972 at the 36th Venice Biennale’s American Pavilion curated by Walter Hopps. In 2015 he had the prestigious honor of receiving the United States Department of State’s first ever Medal of Arts Lifetime Achievement Award. His work is represented in public collections worldwide, including the Metropolitan Museum of Art, New York; the Museum of Modern Art, New York; the Whitney Museum of American Art, New York; and the Tate, London, among others. The artist lives and works in Washington, D.C.

“…What was most personal to me were the things I saw in my own environment—such as clotheslines filled with clothes with so much weight that they had to be propped up . . . That was a pertinent clue” 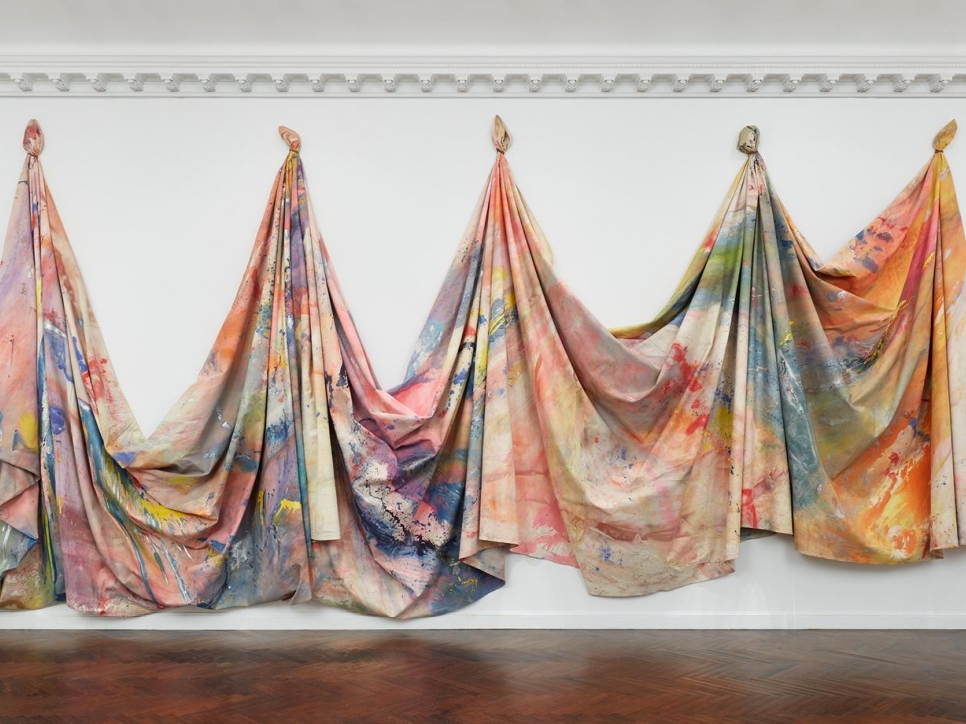 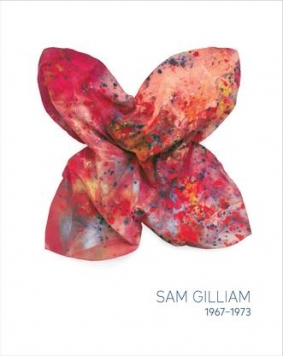